Brief History of the Airport

The new terminal now offers customers a spacious lobby, a pilots' lounge, a pilots' quiet room with a private restroom and shower, and a conference room with video conferencing capabilities. 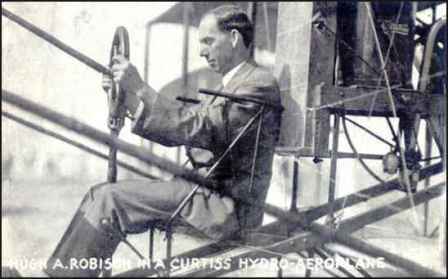 Pioneer aviator Hugh Armstrong Robinson was born in Neosho in 1881. He credited much of his success to his childhood in Neosho. After attending local schools he got married, left Neosho, and became the chief engineer for Curtiss Aviation, (one of the world's premier aviation companies).

Hugh Robinson was credited with inventing the tailhook, which allows planes to land aboard ships at sea. He was the third man to fly an airplane, made the first right turn in an airplane, and devised the art of dive-bombing. He also made the first medical flight and the first air-sea rescue.

Robinson often returned to his birthplace to visit his parents, family members, and friends until his death in 1963. In 1999, Robinson was honored when the City of Neosho named its airport Neosho-Hugh Robinson Memorial Airport.